We organise some of the UK's biggest vegan events

With the current pandemic affecting the closure of our venues, VegfestUK currently operates online. Our Online events are hosted on this website, and via our social media outlets, and are free to attend for the public

Having started life back in 2013 at Olympia London, VegfestUK London is our biggest event in terms of footfall and the number of exhibitors, with an average of around 13,000 – 14,000 attendees and 300 exhibitors, 15 features and around 150 special guests, plus plenty of media coverage and Trade interest. The 2020 event is moving into the Grand Hall of Olympia London.

This maiden event showcased the best of plant-powered living and features the latest plant-based products on the market as well as the projects and people that are making the changes at the cutting edge of plant-powered living. Plant Powered Expo welcomes people from all walks of life with an emphasis on healthy living and feelgood factor, balanced with practical, affordable and environmentally responsible lifestyle choices. 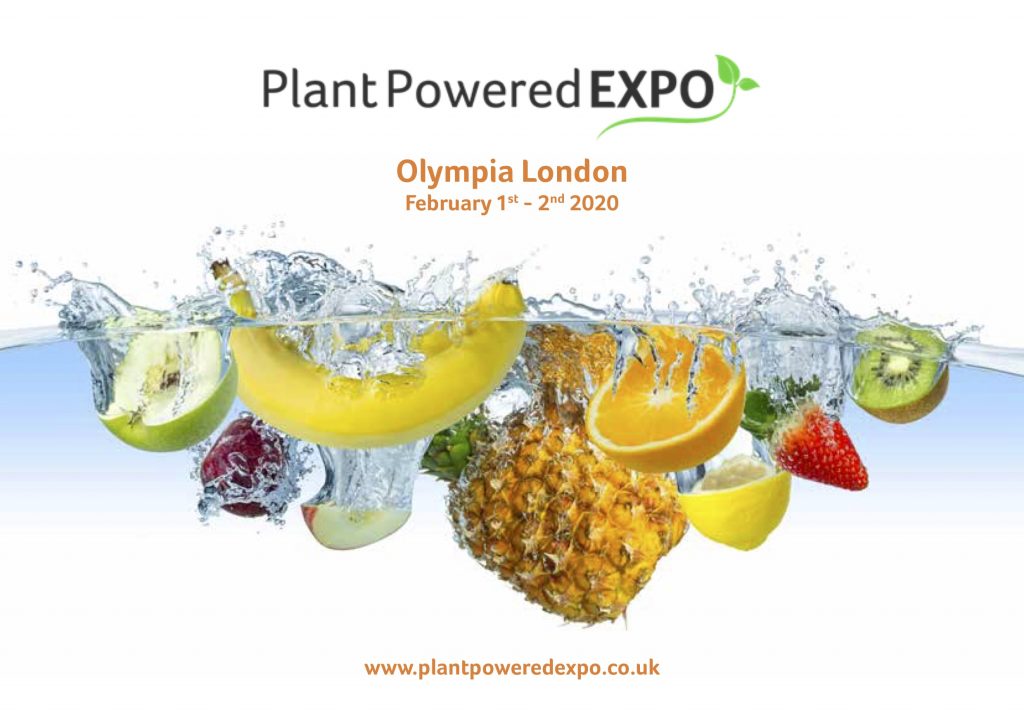 One of the UK’s longest-running vegan festivals VegfestUK Brighton returned for the 11th year on March 23-24 2019 at the Brighton Centre.

This event celebrated the best of a vegan way of life from around 230 stalls, including 18 global caterers, talks on health, fitness, veganic growing, radical veganism, vegan activism and movement building, plus a Yoga and Wellness Zone, a Kids Area and Cookery Demos.

Please note: VegfestUK Bristol will not be taking place from 2019 onwards – click here for further details.

The home of Bristol City football club hosted its largest non-matchday event on May Bank Holiday Weekend May 26-27 with one of the UK’s biggest vegan events VegfestUK being staged at Ashton Gate stadium for the very first time in 2018.

The Bristol edition of Vegfest, which had previously been held at the outdoor Lloyds Amphitheatre for 10 years, was traditionally a combination of daytime vegan information and shopping, followed by evening entertainment from a diverse array of musical genres, and the new guise of VegfestUK Bristol was no different. Around 9,000 people (5,000 on Saturday and 4,000 on Sunday) came to this newly formatted event, and they were not only spoiled for choice with VegfestUK’s usual colourful array of stalls and caterers located in 3 big indoor concourses, but also treated to the new venue’s excellent facilities, including:

the popular vegan pizza menu and 100% vegan alcoholic drinks from the Doughballers Pizzeria and Sports Bar,
the South Stand seating area with space for up to 4,000 people,
the Hospitality Lounges on Level 3 in the West Stand,
3 big talks rooms / entertainment lounges on Level 2 in the West Stand, and
a vast outdoor arena playing host to 2 musical stages, kids cookery classes, a talks tent focusing on activism, alongside 30 other outdoor traders and street food caterers.

Other vegan products on offer range from cosmetics, clothing and jewellery, to subscription boxes, homeware and magazines, plus many more. There were a myriad of one-off show specials available at many of the stalls too.

There was also the Art of Compassion Exhibition with art posters and exhibits dedicated to animals and veganism, with all proceeds going to the League against Cruel Sports.

Visitors travelling from afar also got to enjoy a dedicated shuttle bus service running from Temple Meads rail station via Bristol City Centre to the new venue on both show days.

The organisers added, “We would like to extend huge thanks to Ashton Gate stadium for their hospitality and willingness to accommodate our requirements for such a huge event. We really appreciate their assistance throughout the planning and preparation for the big occasion and of course we love the exemplary facilities for one of the most important vegan events of the year in this country.”

The organisers would like to extend massive thanks to the event sponsors: Ecotricity, Vivo Life, Bute Island, Out of Hand and Yaoh.

More photos from the event can be accessed at the link here.

Friday October 20th 2017 saw the first-ever vegan Trade show hosted in the UK at one of the nation’s top exhibition venues Olympia London, with around 130 exhibitors and 80 speakers showcasing the best of veganism to around 700 quality delegates from the Trade and Media sectors.

Exhibits on show include a wide array of items ranging from vegan “meat” and “cheese”, chocolate, cakes, superfoods, to bodycare, clothing, footwear, homeware, deodorants plus many more. One-off Trade special offers from 40 exhibitors were available for delegates looking for bulk orders.

There were parallel panel discussions spanning 6 different themes including a Vegan Business Support zone for small business owners, an Independent Retailers Lounge for shop owners, a Plant-Based Chefs Corner for those from the catering sector, a Vegan Bodycare Pavilion for bodycare and beauty professionals, a Vegan Health Clinic for health professionals, and a Vegan Celebrity Zone tailored to the Media sector.

Buyers attending the event include representatives from Sainsbury’s, Tesco, Waitrose and Unicorn Wholefoods, and Media professionals present include journalists from The Mirror, The Daily Mail, The Grocer and Hotel F&B Magazine, alongside well-known vegan bloggers such as Fat Gay Vegan and Earthling Ed, on top of vegan online resource Plant Based News, plus many more.

The organisers added, “It’s great to be staging this groundbreaking vegan Trade show for the first time at Olympia London. It is not only a privilege for us to be hosting this inaugural event, but also a sign of the growth of the vegan market, that we now need a dedicated Trade day for vegan products and information. Big thanks to all our exhibitors and speakers for helping create a wonderful occasion for our delegates.”

The organisers extend huge thanks to the event sponsors Bute Island Foods, So Free Chocolate and Yaoh.

The last Vegfest Scotland drew to an amazing conclusion on the weekend December 3rd 4th 2016 at the SECC, with altogether around 5,200 visitors plus approximately 800 people working at the event.

Particularly impressive was the media coverage for this event, with all the mainstream media outlets promoting the event, including the Scottish Sun, Sunday Record, Herald Scotland, BBC Radio Scotland and STV plus a number of other local media station outlets featuring the event.

As the demand for vegan products and information on vegan lifestyles continue to grow, it’s wonderful to see this great event coming together so nicely with our visitors clearly enjoying an awesome day out with the best of everything vegan. This demonstrates a real hunger and thirst for vegan lifestyles in Scotland and beyond, which is brilliant to see for all of us who are striving to make veganism as widespread as possible in our communities.

The event had something for everyone, from food and shopping, to information, entertainment and networking opportunities.