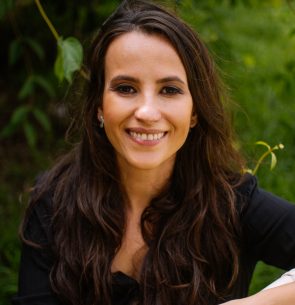 Carolina is Brazilian and has 18 years of experience in research, investigation, strategic planning, mobilization, communication, and movement building. She has worked in over 30 different countries as an investigative journalist to several leading NGOs (World Animal Protection, Compassion in World Farming, IFAW, GAIA, and Greenpeace). Her work on environmental, social, and animal welfare issues has been covered by some of the world’s most prominent media, such as the BBC, The New York Times, The Guardian, Channel 4, and Le Monde.

She was also a senior campaign manager at Humane Society International Brazil and was the Latin American campaign director for farmed animals at Forum Animal, Brazil’s largest animal protection network. Between 2013 and 2018 she was responsible for negotiations and campaigns that led some of the largest food companies in the world—such as Cargill, Bunge, McDonald’s, Burger King, JBS, BRF, Subway, and Kraft Heinz—to announce policies to phase out the use of gestation crates and/or battery cages in their Latin American supply chains. She is a graduate of Unicamp in Brazil (in economics) and has a master’s degree in International Journalism from City University, London.