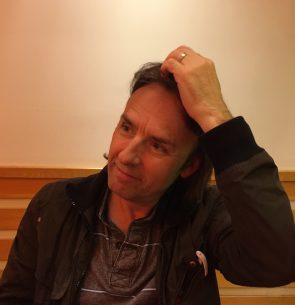 Ian has been playing piano since the age of 5 and started creating his own music from the age of 12, developing his singer songwriter skills later on. Ian’s classical influences, coupled with his love of nature, led to him writing and recording his first album of piano music, ‘Inspired by Nature’. Since then, he has gone on to writing and recording ‘The Beautiful Dream’, along with many songs, including his animal-rights song ‘Cargo of Shame’ and his environmental song ‘Beautiful Wild’ which have both featured at previous Vegfest events. He is now working on a relaxation piano album, which he hopes to be released later this year. He is also responsible for writing and producing for reggae artist BFriendly who also has an album out this year. Ian is also a member of hit band Peace on your Plate and has written their latest single ‘Ask Me Why’, released on 4 September.