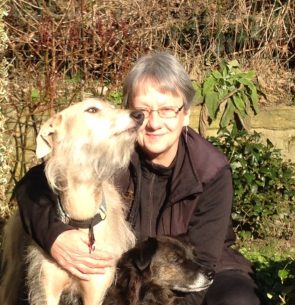 I was brought up on a small farm and this eventually led me to become a vegetarian when I was 19. However it took me another 31 years before I went vegan. I closed my eyes to the cruelty involved in dairy and egg production, thinking that it was too difficult to become a vegan. How wrong I was! I’ve now been vegan since 2005 but, like so many others, wish I’d done it sooner. During my transition to veganism I did a lot of research into what constituted a well planned vegan diet. This inspired my current passion for vegan nutrition. I have a University certificate in plant-based nutrition, am a member of Plant Based Health Professionals and keep up to date with the evidence surrounding vegan nutrition. The benefits of a whole food plant based diet are becoming known to the wider population. Many omnivores are very receptive to health messages about plant – based food according to recent research. I also live in West Yorkshire and am involved in my local group 3 Valley Vegans. I deliver the Vegan Approach 6 steps to going vegan and the Vegan Approach to nutrition talks at events in the north. I’m the first person to contact to arrange a Vegan Approach talk.