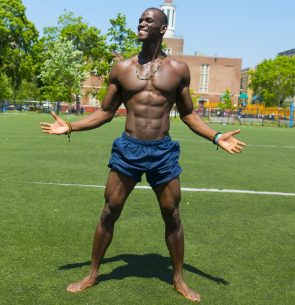 After breaking his arm three times during childhood and suffering severe nerve damage, doctors shared that Scott Bernard would never be able to play sports again. The thought of physical activity was a huge risk at amputation as per the doctor’s orders. Overcoming a huge fear of being physically active, Scott found his passion for calisthenics & Street workouts after finding videos on YouTube. Scott evolved into “Scott Burnhard,” a super positive fitness personality that loves calisthenics, vegan cooking and actively shares his passion and story with the world! Based in NYC, he is a motivational speaker, coach (online & offline), Vegan celebrity trainer & forever a student for LIFE