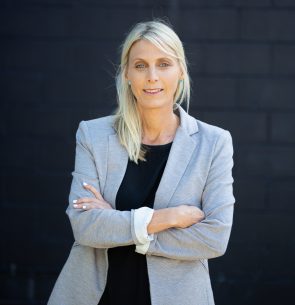 In 2019 Tammy was named as one of the Top Eight women who are changing the world for animals through food by Female First UK. In 1981 Tammy was a born vegetarian in Durban, South Africa. Her father, Wally Fry, grew up as an animal farmer where meat was a staple in his everyday diet. Tammy’s mother, Debbie Fry, is also a lifelong vegetarian and together they helped to inspire Wally to embrace a vegetarian diet. This sparked the creation of The Fry Family Food Company. Tammy is a Director at Fry’s, as well as the Director of Marketing and Communications of the LIVEKINDLY co., Fry’s global holding company. It’s very important to her that she plays a critical role in shaping the understanding of plant-based living. Tammy is also the director of Meat Free Mondays Australia and South Africa which encourages a reduction in animal product consumption as one of the major solutions to unsustainable food choices, global warming and animal cruelty. She has spoken at over 50 schools and universities in South Africa on the topic of food choices and climate change as well as presenting to numerous corporations and assisting them in adopting the concept of meat-free days in their canteens and workplaces. She has taken her message to the global stage, speaking to audiences around the world including London, New York City’s Climate Change Summit, and Australia on a wide variety of topics including plant-based nutrition (which she is certified in), plant-based advocacy, food choices and climate change.