Visitors can register to attend here.

The Livestreams will be running consecutively and will commence at a pre arranged time, using a Zoom format, and lasting between one hour and one hour thirty. They will be streamed live, and be available to watch again a few hours later

Access the Livestreams via The Auditorium at the event 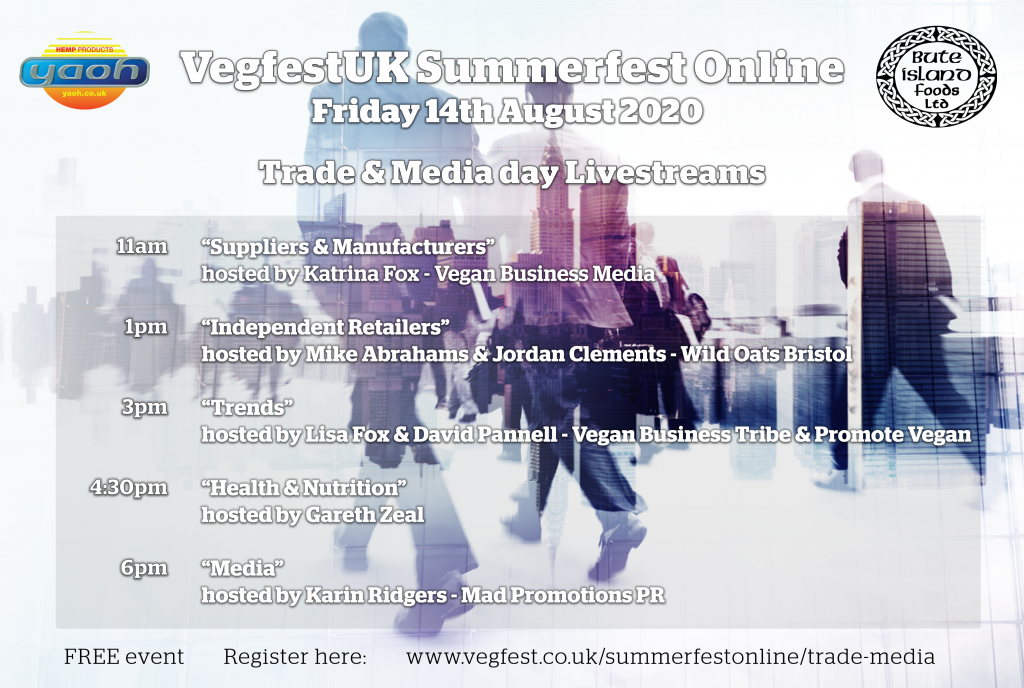 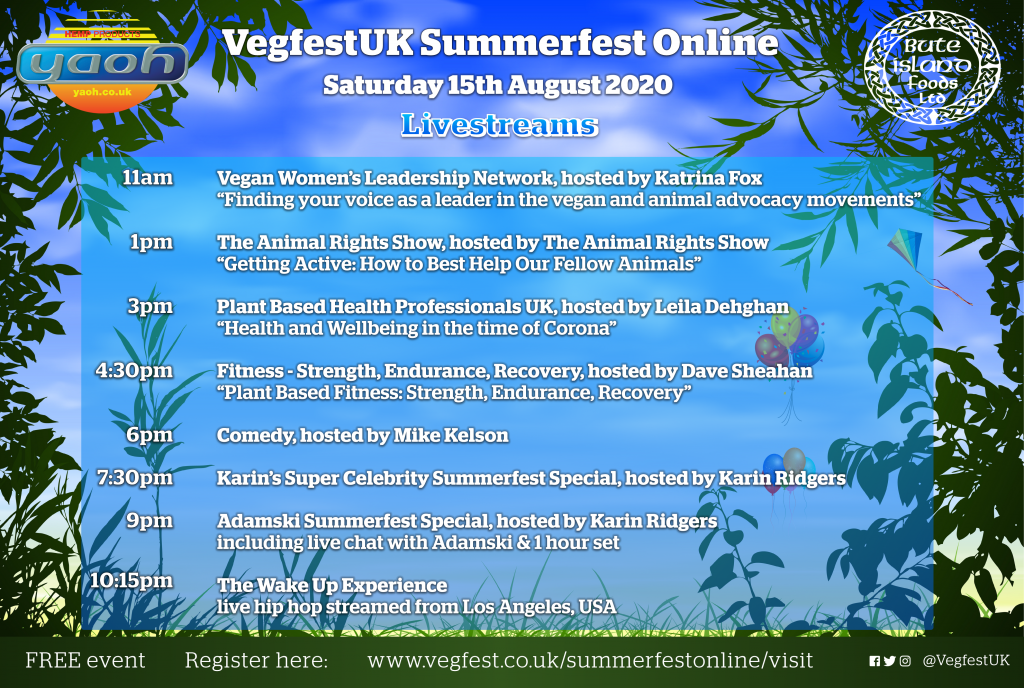 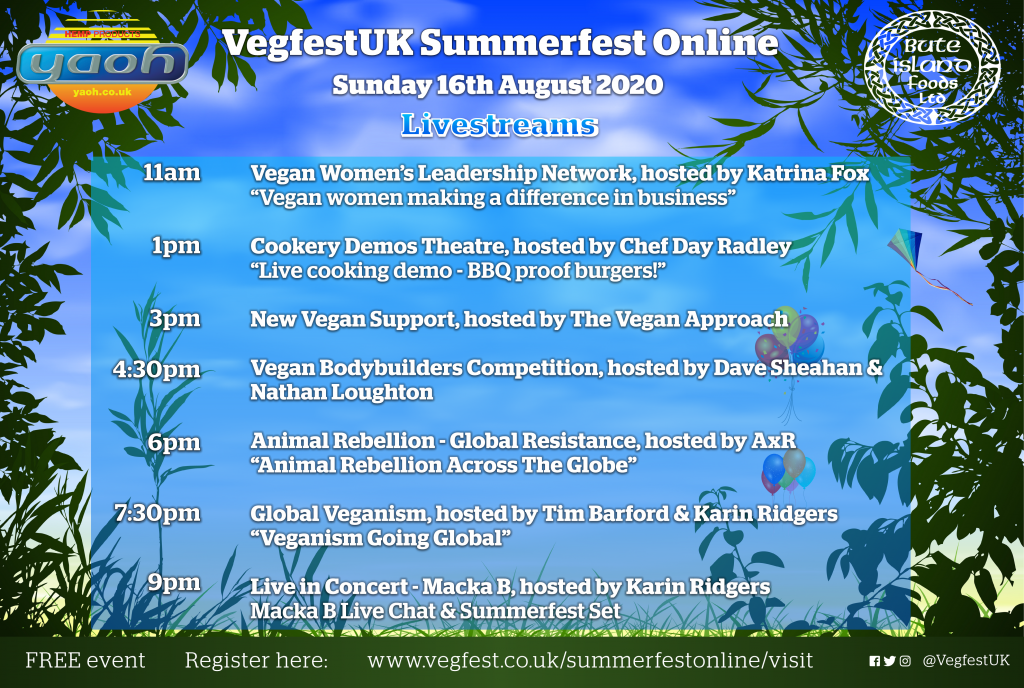 Visitors can pre-register to attend here.

Please do visit our stallholders, browse and shop!

If you have enjoyed the show and would like to make a small donation towards the costs of the event, especially the workload to make this possible,  you are very welcome via our Friends of VegfestUK initiative