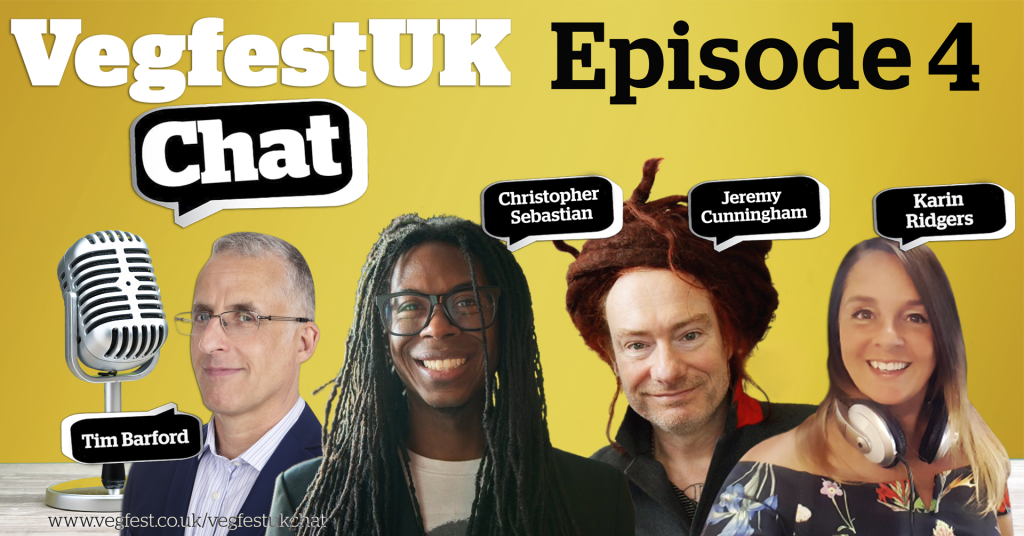 “Join Tim Barford and Karin Ridgers for episode 4 of VegfestUK Chat. Filled with news, good gossip and of course some fantastic special guests from within the vegan world in the latest VegfestUK Chat live stream, this one on Friday 3rd July 2020 at 5pm UK time, available live on both Facebook and YouTube.

Another double bill for episode 4 – the great Christopher Sebastian and the fabulous Jeremy Cunningham from The Levellers join Karin and Tim in the VegfestUK Chat hot seat to chat about everything from justice to the lockdown, music to the future. Not to be missed! 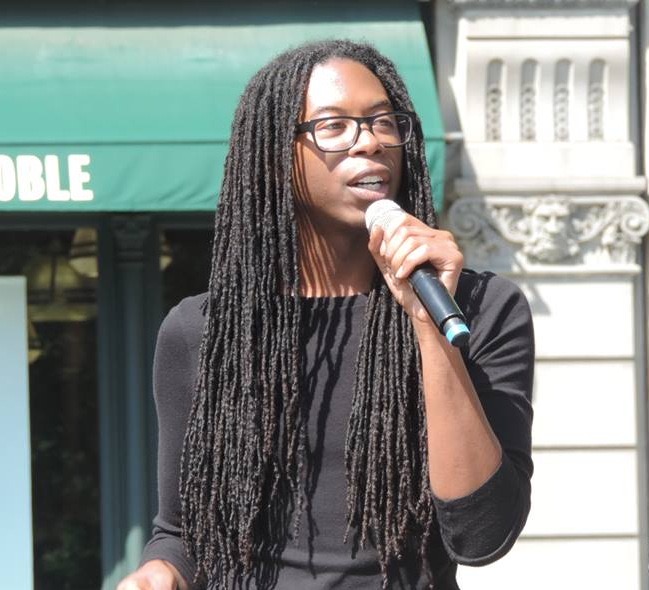 Sebastian is the director of social media for Peace Advocacy Network, he sits on the Advisory Council for Encompass, he is co-founder of VGN, the senior fellow at Sentient Media and he lectures at Columbia University in the Department of Social Work for the graduate course POP: Power, Oppression, and Privilege. Sebastian takes a multi-disciplinary approach to understanding systemic oppression, that includes media theory, ecopsychology, and political science,  and he focuses animal rights in the context of race, class discrimination, and environmental justice.

Jeremy Cunningham is a founding member and bass guitarist of English folk rock band The Levellers. At the height of their success The Levellers performed on the Pyramid stage at Glastonbury Festival in 1994 to a crowd of around 300,000 people – speculated to this day to be the biggest in the festival’s history. Jeremy had been vegetarian since his teens, later becoming vegan. Jeremy is an artist and donates art to support various animal rights charities, having also designed many of the iconic Levellers album covers we all know and love.

Tune in on Friday 3rd July at 5pm UK time on either Facebook or YouTube for the fourth episode of series 1 of VegfestUK Chat!”